My Little Pony Friendship is a Miracle Forums
Would you like to react to this message? Create an account in a few clicks or log in to continue.

My Little Pony Friendship is a Miracle Forums

Welcome to the new rebirth of an abandoned mlpfimforums website

» WTF-Stuff about anything and nothing

ReuelBrony - More than a Reflection

Lyrics-
Rainbow)
Stepping to me Pinkie? You must be crazier than I thought
Higher up than Cloudsdale, unleash a fury when the beat drops
Your parties are lame, do us a big favor and retire
Because my disses are so hot you can say I “Spitfire”
Try to keep up, I’m sprinting for the finish as we speak
Against this wing power? your chances are lookin bleak
You could never hope to be as half as cool as me!
Number one in this battle, like I was number 1 at the academy!

Pinkie)
Says you silly! But from what I remember, you quit!
Just like Lightning and Gilda, you just couldn’t handle it
I rock harder than Maud Pie, no chance at beating me!
I’ll make you smile, then you’ll see, why everypony loves Pinkie
Wanna know what’ll happen? When try to best me in rhyme?
You’ll be rainbow crashing on your face for a second time
Try to intimidate me, and we’ll be here for a while
You’ll get lyrically owned....PINKIE PIE STYLE!

Rainbow)
Yawn! I’d rather hear a rap from Pumkin and Pound
Just ask anypony, I’m the toughest pegasi around!
The ponies will flock to me after I’ve got this battle won
And you’ll be alone at home, repeating Party of One
Seeking for attention is your specialty Pinkie
I just gotta show up, and the ponies love me instantly
I’m the queen of speed, and on the mic I’m a ruler
Nice disses, but they need to be about 20% cooler


Pinkie)
You might be rainbow colored Rainbow Dash but quite honestly
Your words are too black and white for even me to believe
Even with Scootabuse and “Soarin”to the height of failure
I ball on the beat for ball emergencies to take care of you
Out of the mane 6, your the least liked of the crew
You’re just a sad failed attempt at imitating Daring Doo
Better be ready with all the parties that I’m plannin
You better duck when I pull out my party cannon!

Rainbow)
It’s not hard to beat you, Cheese Sandwich did it with ease
If I can beat Applejack, out rapping you is too easy
Don’t worry Pinkie, this battle will be over soon
And if you make it out, you won’t survive a Sonic Rainboom!

Pinkie)
Make it a double rainboom, and even then I’ll flow like cider
Because I’m even known to break the fourth wall, just ask the writer!
So again, do you really think you can hurt me with your insults?
Please Dash, you have a better chance being a Wonderbolt 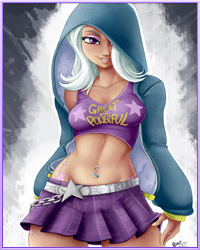